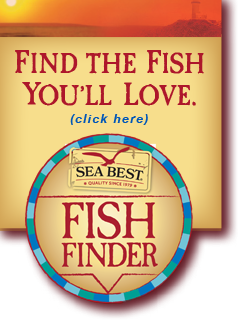 Halibut is a lean fish with mild, sweet tasting white flesh, large flakes and a firm but tender texture.

To Thaw: Remove portions from vacuum wrap. Place fillets in bowl of cool water until completely thawed or place in refrigerator for 24 hours until thawed.

CAUTION: Contents will be hot. Heating times are approximate. They will vary due to the make, model and temperature calibration of your stove or oven.